Firestarter *1/2
After nearly 30 years of writing about movies, I still can’t understand why filmmakers would decide to take perfectly good source material and make profoundly stupid choices to structurally change it. This second screen version of Stephen King’s 1980 novel features Ryan Kiera Armstrong as Charlie McGee, the 11-year-old pyrokinetic wanted by a shadowy government agency, along with his telepathic father Alex (Zac Efron), to continue the search. which gave Charlie’s parents unique powers during experimental testing. Screenwriter Scott Teems waits almost half an hour to get Charlie and Alex on the road, fundamentally changing the dynamic of their relationship while also leaving us with way too much time where nothing interesting happens. And given how little time has been spent on the evil government agency, it’s almost laughable that part of it involves Kurtwood Smith doing some weird business with piles of Pixie Stix dust. Both Efron and Armstrong are perfectly solid when they actually have a moment to explore a father trying to teach his child how to control life-threatening emotions, and we get a satisfying retro score with John Carpenter’s contributions. But even the fiery grand finale is marred by a terrible and emotionally ridiculous ending. From front to back literally, this is a film that doesn’t understand the story it’s trying to tell. Available May 13 in theaters and via Peacock. (R)

Pass **1/2
It’s sometimes hard to separate the intensity of the base topic – especially given the horrible news from the Supreme Court in the last few days – with the execution of that topic, or whether it adds something new to the conversation. Co-writer/director Audrey Diwan adapts Annie Ernaux’s 2000 novel set in early 1960s France, where talented college student Anne Duchesne (Anamaria Vartolomei) finds herself pregnant after a brief fling and becomes determined to put termination of her pregnancy despite France’s strict anti-abortion policy. laws. The ferocity of Vartolomei’s performance drives everything that works Event, capturing a woman with a vision for her own future that includes continuing with her education, and a growing realization that everyone she asks for help is judging her in one way or another. Still, it’s the kind of film that wears its gritty, naturalistic style like a cloak of righteousness, waiting for us to shake our heads at the piling up indignities to which Anne is subjected and wince at the extended sequences involving attempts improvised termination (super-super-super-trigger-warning). There are only glimpses of Anne as an actual character, like when she has almost angry sex with another man because damn it, it’s not like things could get any worse. Otherwise, it all too often feels like she’s a case study upon which burdens are imposed so that we can see in detail how terrible it is for a woman to endure, and endure the movie itself. becomes an act of commiseration. Available May 13 at Broadway Center Cinemas. (NR)

The Innocents ***1/2
Like all genre cliches, the “scary kids” trope only feels cliche when done poorly, and Eskil Vogt directs the living hell of this variation to terrific effect. It begins with 9-year-old Ida (Rakel Lenora Fløttum) and her family, including her non-verbal autistic older sister Anna (Alva Brynsmo Ramstad), moving to a new neighborhood for her father’s new job. There, Ida meets a few potential new friends in Ben (Sam Ashraf) and Aisha (Mina Yasmin Bremseth Asheim), each with special abilities – and that those abilities might grow stronger as they interact with each other. Vogt builds the character of Ida beautifully, enhanced by Fløttum’s fantastic performance to indicate a child jealous of the attention given to his special-needs sister, but slowly realizing that turning his own pain into cruelty (trigger warning: violence against animals) has a cost. For the most part, it’s just a thriller, as Vogt adds so much tension to his key set pieces that they’re almost unbearable, while also finding room for heartbreak bits like the deeply damaged Ben. , which collapses on its own. It’s a skill to recognize that the real horror in “scary kids” might be honestly dealing with the things that can make them scary. Available May 13 in theaters.

The sanctity of space **1/2
On the one hand, thanks to Renan Ozturk and Freddie Wilkinson for trying to differentiate their film from several other recent documentaries on the thrills and perils of high-level mountaineering; on the other hand, I’m not convinced that the path they choose will result in a cohesive film. Much of their story involves their own efforts, along with friend and colleague Zack Smith, to chart a route unclimbed on Alaska’s Moose’s Tooth Ridge near Denali in several years. The images involve now-familiar fare, with dizzying vistas and life-or-death decision-making moments, while occasionally hailing the curious psychology that drives adventurers “because it’s there.” But they also tell the story of Brad Washburn, a pioneering mountaineer and photographer whose first images of the Alaskan mountains in the 1930s inspired the efforts of many mountaineers to scale these mountains. Washburn is a fascinating character, along with his equally pioneering wife, and some available archival interview footage makes it clear that he is a compelling documentary subject. That doesn’t mean his story fits right in with the filmmakers’ more contemporary endeavors; it’s starting to look like something they can use to smash the “chapters” on their long mission to conquer Moose’s Tooth. They show a lot of respect for the guy who led them to this place, but could have shown more respect by letting his story stand on its own. Available May 13 in theaters. (NR)

The premise of almost all high-concept comedies of the last 30 years is to learn what really matters, what sets them apart is the skill of the actors and whether the situation has enough comedic energy to survive the platitudes. There’s certainly promise in this premise, which begins with high schooler Stephanie (Angourie Rice) about to conclude her transformation from chosen nerd to prom queen when a fall during a cheerleading routine throws her into the dark. coma for 20 years. When 37-year-old Stephanie (Rebel Wilson) wakes up, she becomes determined to go back to school and finish the project. The script could have dipped deep into how high school has changed since 2002, embracing how a teenage alpha girl must reinvent her game in the age of social media. And while there’s a bit of that, the plot ensures that we know Stephanie isn’t actually the Queen Bee, like her now-adult rival (Zoe Chao), so the character arc doesn’t give much to Wilson to grow. There’s a lukewarm quality to almost every potentially edgy idea; it’s an R-rated comedy that, at every turn, feels like it’s trying to earn a PG-13. At least there’s a standout performance from Mary Holland, as Stephanie’s high school best friend turned earnest principal. Somewhere there’s a much more interesting high-level comedy about an administrator trying to remake a high school experience without cliques or cruelty, and figuring out what really matters to today’s teenagers. Available May 13 via Netflix. (R)

Sneakerella **
All the basic ideas for a new version of the Cinderella story make sense: let’s swap the main gender roles! Let’s make it less lily white! Let’s give it some energy with original songs with a hip-hop flavor! So yes, a bit of a shame that all this is not worth more than a shrug of the shoulders. Our Cinder-fella here is El (Chosen Jacobs), an aspiring sneaker designer in Queens struggling with a seemingly indifferent stepfather and two mean stepbrothers. His princess is Kira (Lexi Underwood), daughter of an ex-NBA star turned king of the sneaker empire (John Salley), who might just give him a shot. The tunes are pretty solid — especially the opening production number “Kicks” with its vermicular chorus and bouncy choreography — and Jacobs has charisma to spare. But too much of everything else has that over-rubbed style of a Disney Channel Original, including a “fairy godfather” (Juan Chioran) who can do little but smile benevolently. It also doesn’t help that there isn’t enough chemistry between the two leads, to make it seem like they couldn’t imagine doing anything more physical than waltzing to “A Dream is a Wish” in a fantasy sequence. The more the plot tries to incorporate familiar elements from other Cinderella stories, the more this one feels like a competent but uninspired brand extension. Available May 13 via Disney+. (NR)

Next Raging Bull (1980), a film by Martin Scorsese. Comments 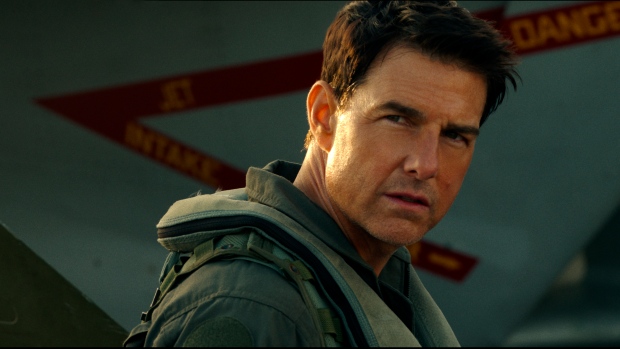 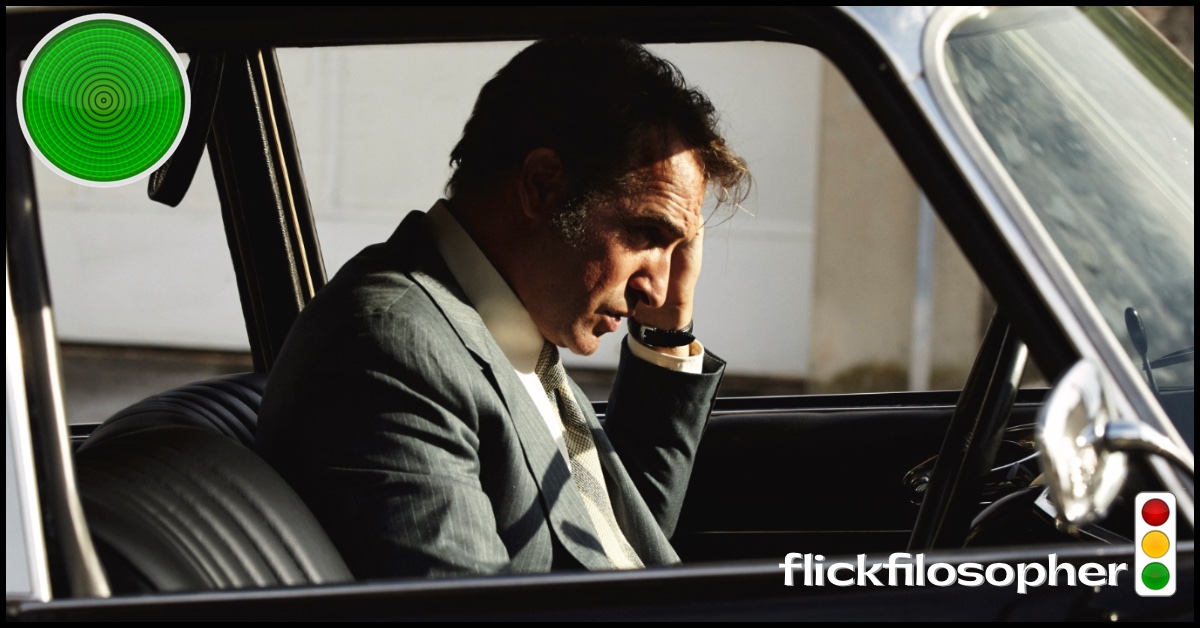