In episode 4 of the new second season of Emily in Parisreleased on Netflix
on December 22, Emily goes to a mythical art house cinema in Paris with her colleague from Le Savoir, Luc. The cinema in question is Le Champo, and as Luc informs Emily, it was the favorite cinema of one of France’s most revered directors, François Truffaut. And it is precisely one of his films that they are going to see: Jules and Jim.

If you’re looking for something different to watch this holiday season, then this cult French New Wave film is definitely worth checking out.

Released in 1962, Jules and Jim is the third feature film by François Truffaut after The 400 blows and Shoot the pianist. It became an instant classic, thanks in large part to Truffaut’s groundbreaking new style of direction, Raoul Coutard’s stunning visuals, Georges Delerue’s haunting score and, of course, Jeanne Moreau’s magnetic presence in the Catherine’s role.

The film has influenced many filmmakers over the years. With Jean-Luc Godard Breathless (A piece of soufflé)—based on an original screenplay written by Truffaut—, Jules and Jim is considered the flagship film of the French New Wave ultimate. This is the film that the character of Audrey Tautou sees at the cinema and comments on in Jean-Pierre Jeunet Amelie. Emily thus reiterates what Amélie does, although in a completely different style and manner.

Based on an autobiographical novel written by Henri-Pierre Roché, Jules and Jim tells the story of two friends and budding writers, the reserved Austrian Jules (played by Oskar Werner) and the Frenchman Jim (played by Henri Serre). Their bohemian way of life is turned upside down the day they meet the bewitching Catherine (played by Jeanne Moreau) with a bewitching smile. The three soon become inseparable and entangled in a love triangle.

Although the film bears the names of the two male protagonists, Jules and Jim really concerns Catherine. She is portrayed as a passionate woman, free to make her own choices in love, in friendship, in life. She disguises herself as a man, has Jules and Jim run across a bridge in one of cinema’s most famous sequences, and jumps into the Seine when Jules talks basely about women.

In one of the film’s most memorable moments, Catherine breaks into singing “The Whirlwind of Life.” It is a song written for Jeanne Moreau herself, by her friend Serge Rezvani, which appears in the film. It is he who accompanies her on the guitar while she sings. The song was an instant hit when the film was released.

In Emily in Paris, as Emily and Luke discuss the movie they just watched, Emily is shocked by its tragic end. To which Luke replies, “Of course, it’s beautiful. Their love is eternal.” The series implies that Emily hasn’t really understood the film, even if she will naively use it to try to get away with Gabriel and Camille, without success.

What is this episode of Emily in Paris although the shows show how movies, novels, art, enlighten us, help us better understand our own lives. Jules and Jim isn’t so much about how the French like a menage à trois. It’s about love, friendship and freedom, universal themes that transcend time and language.

Next Pulp Fiction (1994), a film by Quentin Tarantino. Movie reviews 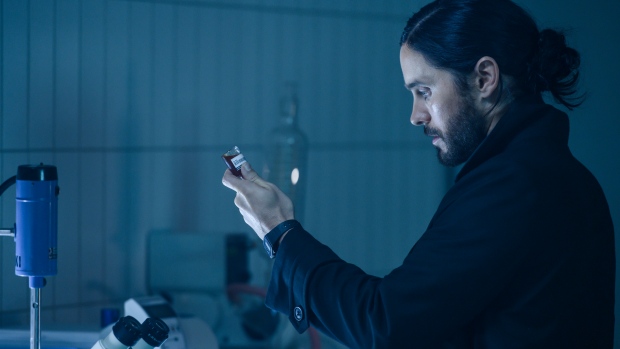